I began collecting and collating data on La Tauromaquia’s universal nature in 1991. I was in a world with no personal computers, no Google and no social media. It has been twenty-three years of classifying and filing data and I think now is the time to take this paper to the world, because, as we shall see, La Tauromaquia has become part of her fabric.  I do not want to wade into the murky waters of the eternal and circular debates on the taurine spectacle, rather I would like to present its complex international appeal”, says author, Julia Rivera.

This paper, The Wordl, Intangible Cultural Heritage for La Tauromaquia (translated by John Gordon), shows that the spirit of La Tauromaquia has not been inhibited by national boundaries and the appeal of its culture is not strictly limited to a specific geographic region. The reader will no doubt be surprised by the Fiesta’s international reach and I would encourage him or her to engage with this paper and collaborate by adding further new data. Indeed, the electronic filing system that I have adopted allows the flexibility to incorporate necessary revision and additions.

This paper examines four distinct aspects of La Tauromaquia. The first section, chronicles the bullfights that have been held in countries with no current taurine activity (although some maintained a taurine tradition that has sadly passed). The second part is dedicated to the dissemination of taurine culture through international clubs and taurine schools (surprising as it may seem, China has a taurine school, while Sweden and Norway have taurine clubs). The third section focuses on the world’s bull rings; a quick count gives us the not insignificant total of 1,068. There are 726 in Europe, 333 in America (21 of these in the United States), Africa has 8 bullrings, while Asia only houses one. Section four will list all the bullfighters, rejoneadores, picadors and banderilleros that have come to La Tauromaquia from non-taurine countries; these include some surprising inclusions from Mozambique, Israel, Syria and even Australia.

►Julia Rivera Flores is a writer and journalist. She has a degree in journalism from the Universidad Complutense de Madrid. She combines a   solid understanding of La Tauromaquia with her teaching and research in this area. She has worked and collaborated with El Norte de Castilla, ABC, Claro, La Información de Madrid, Ya and Diariocritico.com. And appeared on Radio Intercontinental, Antena 3, Canal Plus and Televisión Española. She has worked as an editor at, among others, Planeta, Espasa Calpe, and Alianza.

►John Gordon is a lawyer. He holds a BA Degree Hons in History and Italian from the University of Leeds and undertook Postgraduate Studies in Law at Northumbria University. He is a member of the Club Taurino of London (CTOL) and the Taurine Bibliophiles of America (TBA).  He writes about La Tauromaquia for La Divisa (the bimonthly magazine of the CTOL)   and La Busca (the quarterly magazine of the TBA).

►If you want to read the complete document click here. 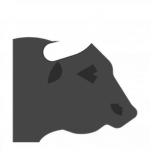